International Commercial Arbitration in New York focuses on the distinctive aspects of international arbitration in New York. Serving as an essential strategic guide, this book allows practitioners to represent clients more effectively in cases where NewYork is implicated as either the place of arbitration, or where evidence, or where assets are located in New York. This collaborative work features contributors of pre-eminent stature in the arbitration field. Each chapter elucidates a vital topic, including the existing New York legal landscape. drafting considerations for clauses designating New York as the place of arbitration. and material and advice on selecting arbitrators. This book also covers a series of topics at the intersection of arbitral process and the New York courts, including jurisdiction, enforcing arbitration agreements, and obtaining preliminary relief and discovery. Class action arbitration, challenging and enforcing arbitral awards, and biographical materials on NewYork-based international arbitrators is also included, making this a comprehensive, valuable resource for practitioners.

In this paperback version of the book. the editors have included a preface that briefly discusses developments in the field of arbitration in New York since the publication of the hardback edition in 2010. Appendix 6 has been updated to include the International Chamber of Commerce Rules of Arbitration (In force as from January 1, 2012).

"This is a wonderful and important book. composed of 13 comprehensive, descriptive and detailed chapters, each written by different authors, with each chapter devoted to a separate aspect of international commercial arbitration... because of its extraordinarily comprehensive nature, this book is a must for all those seriously engaged in the practice or study of international arbitration in New York andin the United States, whether as arbitrators, advocates. scholars or students."

"James H. Carter and John Fellas have put together an excellent resource for practitioners anywhere in the world who are or may become involved in an international commercial arbitration seated in NewYork City."

James H. Carter is Senior Counsel at Wilmer Cutler Pickering Hale and Dorr. LLP. He has been arbitrator or counsel in more than 150 international cases.

John Fellas is a partner at Hughes Hubbard & Reed LLP. He has acted as counsel and arbitrator in arbitrations throughout the world under both institutional and ad hoc rules.
Caractéristiques 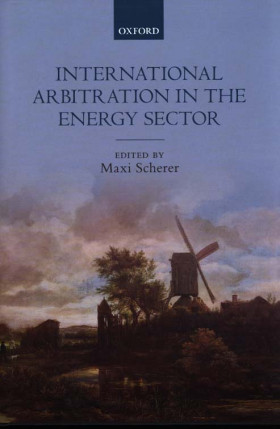