The potency of the law in fostering the process of gradual European integration is easily discernable and widely acknowledged. It is largely and conspicuously revealed by the litigation before the courts of, both, the European Union and its Member States.

The concern faithfully to give the European treaty the authentic meaning and scope as intended by its authors permeates the European courts' judgments, and the constant theme of the entitlement of those vested with rights conferred by the law of the European Union to effective judicial protection is omnipresent in their decisions.

The law of European integration has been uncharted territory. The novelty of various issues which have arisen and on which the courts have had to pronounce springs from the originality of the integration venture and is commensurate with its uniqueness, distinctive nature and specific exigencies.

The writings here assembled allow to trace the starting point since the inceptive formative years of the growth of a legal doctrine and an evolving jurisprudential edifice in several areas, to appraise their direction and constancy and to assay adjustments and adaptations.

Ami Barav is a barrister of the Bar of England and Wales, Avocat of the Paris Bar.
Formerly professor at the École de droit de la Sorbonne (Université Paris 1) he taught and lectured in several European and American universities, participated in the teaching of EU law in training and continuous education courses for lawyers and judges and delivered papers in international academic conferences.
Ami Barav is the co-author (with G. Vandersanden) of Contentieux Communautaire (Bruxelles, Bruylant, 1977), co-director (with Ch. Philip) of Dictionnaire juridique des Communautés européennes (Paris, Presses universitaires de France, 1993) and was from 1988 to 1997 co-editor (with D. Wyatt) of the Yearbook of European Law (Oxford, Oxford University Press).
Two volumes containing a selection of his writings in French have been previously published in the present collection : Études sur le renvoi préjudiciel dans le droit de l'Union européenne (vol. 9, 2011) and L'application judiciaire du droit de l'Union européenne. Recueil d'études (vol. 10, 2015).
Caractéristiques 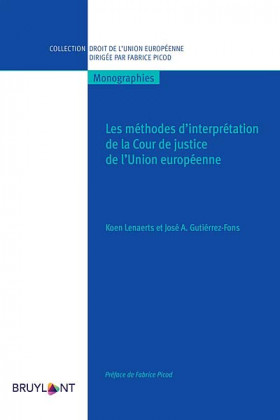 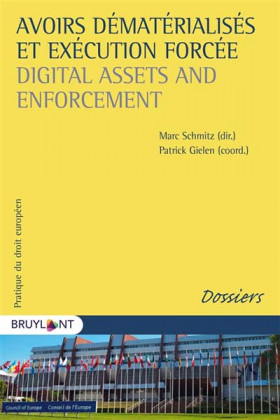 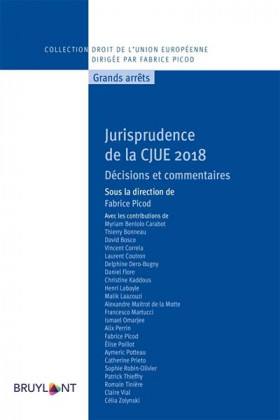