Piracy in Comparative Perspective: Problems, Strategies, Law presents a comprehensive approach to an age old disruption of the order of the oceans that was known to ancient Greece, Persia, the first Indian Empire, the Han Dynasty of China and the early European maritime powers. Many of the norms proscribing piratical acts that are codified in contemporary international law are vestiges of those earlier periods. Yet contemporary maritime piracy is more complex and intense. The International Maritime Bureau of the International Chamber of Commerce reported 439 reports of actual piracy attacks in 2011, most Somali based, and a higher number of attempts. This book presents perspectives on the problem by contributors from four continents, diverse legal cultures, and multiple disciplines. This volume appraises piracy from the comparative perspectives of those disciplines and from the standpoint of key participants in the social processes that are plagued by piracy-mariners, navies, ship owners and operators, policy makers and lawyers. Decision-making and operational measures cannot be separated from piracy's origins and continuing social impact. Thus the contributors bring clarity to the problem through the lenses of history, development, law, maritime security, fisheries, economics and ocean commerce. Maritime piracy initiatives are generating a great number of operational and institutional counter-measures and the diversity of stakeholder interests often complicates proposed solutions. Against that backdrop the contributors examine strategies - the range of available modalities to address and correct the problem - through the lenses of naval power, port state control, penal systems and development. And they appraise law - both national and international authoritative decisionmaking - viewing state practice, international regulations, tribunal judgments, custom and international conventions from the comparative perspectives of Africa, India, England, France and the United States.

Piracy in Comparative Perspective: Problems, Strategies, Law is a collaboration of the Centre for Maritime and Oceanic Law (CDMO) of the University of Nantes (France) and the Center for Oceans and Coastal Law of the University of Maine School of Law (United States), prepared under the direction of Professor Charles H. Norchi and Dr. Gwenaële Proutière-Maulion.
Caractéristiques 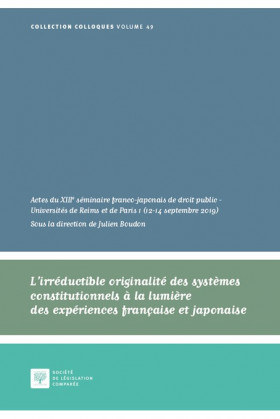