One may debate whether the tremors of a systemic crisis in investment arbitration are real and, if so, of a great enough magnitude to shake its foundations, but it is no longer possible to deny that the current system is coming under intensive scrutiny. International lawyers, who recognize the indispensability of a well-functioning system for settling investment disputes, should be concerned about enhancing the legitimacy and functionality of investment arbitration. A well-calibrated response to the challenges facing investment arbitration is essential to ensuring its long-term future. Critics must be answered, enquiries made, and reassessments undertaken. If crucial questions continue to be ignored or simply glossed over, the strength of and consequences flowing from the backlash are likely to be greater in scale.

This book, which grew out of a conference held at Harvard Law School in April 2008, aims to uncover the concerns driving the backlash against the present international investment regime. Thirty-one contributors - academics, practitioners, government officiais, and representatives of civil society - analyse both the current state and future direction of the international investment regime and offer valuable insights into possible ways of improving the system. The concerns fuelling the backlash and addressed in this book include:
- shrinking of domestic policy space;
- competitive pressures to sign investment treaties as a reason why increased investment flows may prove elusive;
- inflexibility of treaty obligations and lack of coordinated responses to changing circumstances, especially in financial crises;
- renegotiation and termination of bilateral investment treaties;
- lack of democratic accountability and proinvestor bias;
- pervasive secrecy and confidentiality of arbitral proceedings;
- conflicts of interest and the continuing quest for effective rules governing the conduct of arbitrator and counsel;
- reassessment of the traditionally perceived advantages of arbitration, such as speed, low cost, and neutrality;
- the extent of protection afforded to shareholders in connection with denial of benefits clauses;
- third parties as representatives of the public interest or advocates for organized private interests;
- relationship between EU law and BITS;
- restrictions on international arbitration in constitutional law;
- investment tainted by corruption;
transfer of funds clauses and exchange controls; and the practice of forum shopping.

Premised on the belief that an investment arbitration regime, which is in listening mode and ready to adapt, may draw tremendous strength from constructive criticism, the questions considered by the contributors, relating to the sustainability and future direction of investment arbitration, demand serious attention from ail stakeholders. The reforms and refinements suggested promise to bring substantial improvements to the present regime and, in so doing, could reverse the current trend toward a backlash. All stakeholders in investment arbitration will welcome and learn from this work.
Caractéristiques 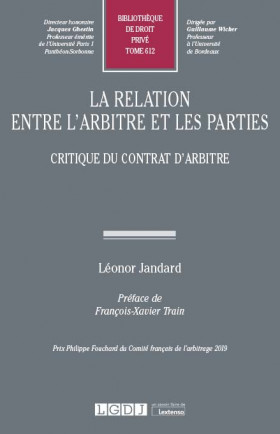